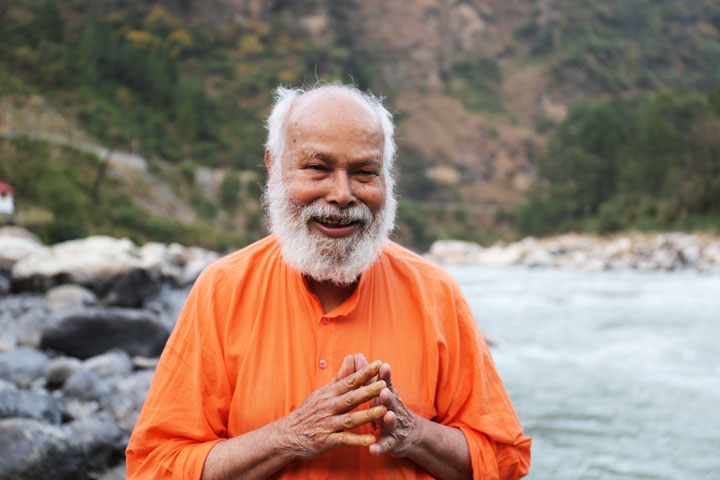 Swami Premananda started his life in Uttarkashi in 1964, living with other brother monks in hermitage. He sometimes will tell stories of how the swamis lived there in the midst of cold, earth quakes and leopards. They went to the villages to receive food. The people in these areas are deeply respectful of monks and yogis they fed them with love and affection. At that time the mountains were not yet polluted by modern technology and industries. The people who arrived there from Delhi or south India were also spiritual hearted, coming in a simple way to stay and do yoga practices.

Yoga does not just change the way we see things, it transforms the person

Between 1964 and 1970 swami Premananda lived in many hermitages, studying sanskrit, Vedanta and yoga. He did his intense practices and became imbibed with the mountain culture and way of living of people. Between 1970 and 1973 he lived high up at the peak of a mountain, by a small temple to the goddess Durga in total isolation, solitude and silence. This silent retreat and solitude granted him inner awareness forever. This peak is called the Ayana Devi temple today. From the top of it you can admire most of the Himalayan peaks which form the border between India, China and Tibet and from where the rivers Ganga ,Yamuna are born.

Swamiji came down to the village of Ganeshpur. For 40 years he has been living here in this village where he established the Sivanand Ashram for shelter and the Swami Sivanand Seva Samiti for charitable and educational activities. In 1978 a landslide into the Ganga blocked water for 17 hours, forming a huge dam which then broke and caused a terrible flood. Uttarkashi and the area 100km around the town were affected and Swami Premananda’s hermitage on the banks of Ganga was washed away completely. Swamiji had gone to the market for some purpose so his life was spared. After that he moved to the present location.

In 1991 a terrible earthquake shook the whole of uttarkashi and the Ganeshpur area was terribly damaged. Swamiji and his devotees and friends created and invested themselves in relief programs. Guru Maharaj Swami Chidanandaji collected a large amount of funds through the Divine life society of Rishikesh, thereby supplying food, clothing and shelter to the victims of the disaster.

From then on, Swami Premananda was considered a great support for the entire village of Ganeshpur. Ever since then swamiji has been involved in many types of charitable activities such as educating local children, granting scholarships or providing medical care. People come to the ashram every day, seeking material, religious and spiritual help. Swamiji never sends anybody away empty-handed.

Explore the Life of Swami Premananda